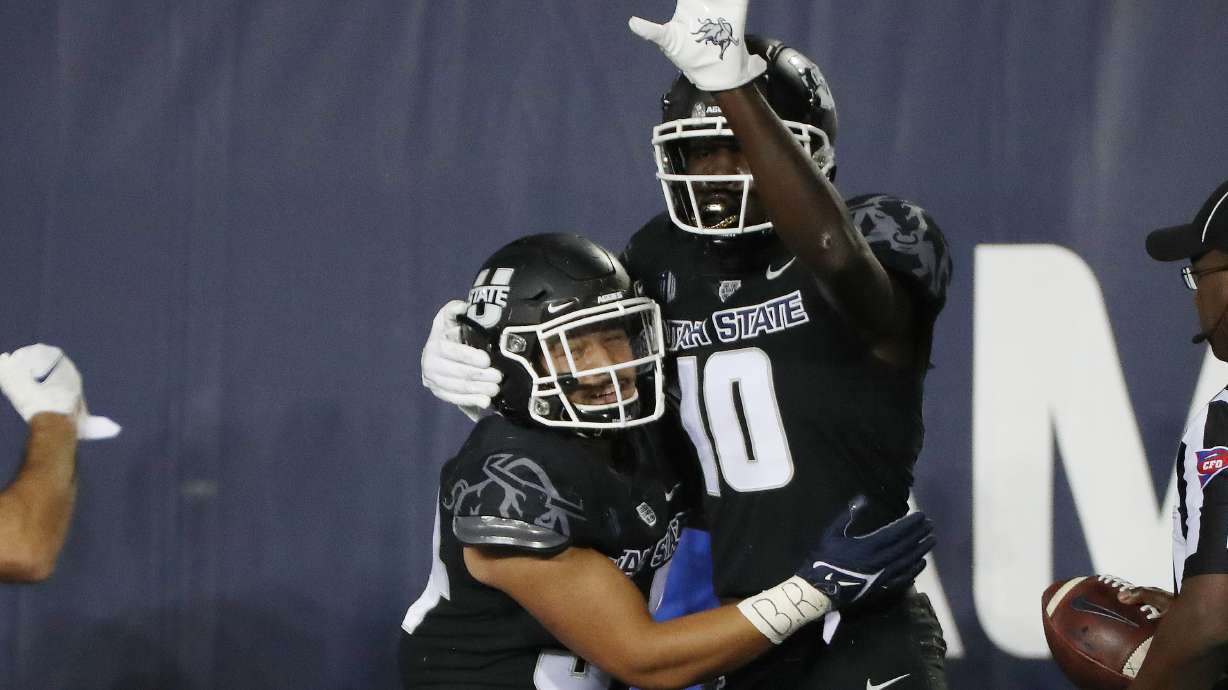 LOGAN – Two things had to happen Friday afternoon for the state of Utah to qualify for the Mountain West Conference championship game.

First, the Aggies were to take care of the road cases against New Mexico; Second, the state of San Diego had to defeat the state of Boise.

Logan Bonner of Utah State had 16 of 23 passes for 306 yards and five touchdowns, a career-high, in just three quarters of games, and the Aggies rolled through the Chihuahuan Desert and handled the Lobos 35- 10.

Meanwhile, in Southern California, San Diego State quarterback Jordon Brookshire entered the game in the second quarter with the Aztecs down 16-3, and had 11 assists on 15 for 46 yards and two touchdowns to lead Brady Hoke’s team to 27. -16 victory over the Broncos.

Utah State, which finished the season 9-3 (6-2 MWC), wins the Mountain Division and will now travel to Carson, Calif., Next Saturday to face San Diego State 11-1 to try for the title of the conference.

Facing a shorthanded New Mexico team – their starting quarterback Bryson Carroll started the season as the team’s graduate manager – the game was never in doubt for Utah State.

After releasing just one “explosive play” last week against Wyoming, the Utah State offense made nine plays for 15 yards or more – four of them were first-half touchdowns . Bonner hit Derek Wright for 27 yards, Jordan Nathan for 39 yards, Brandon Bowling for 36 yards and Wright again for 76 yards to give Utah State a 28-0 lead at halftime.

Wright, who had no trouble shaking Lobos’ defensive backs throughout the game, finished with a team-high four touchdown receptions for 150 yards. But it wasn’t the most memorable performance of the day from an Aggies wide receiver.

For the game, the Aggies finished with a total of 440 offensive yards, while the Lobos gathered only 186.

Blake Anderson’s side will make their first Mountain West Conference title appearance since 2013.