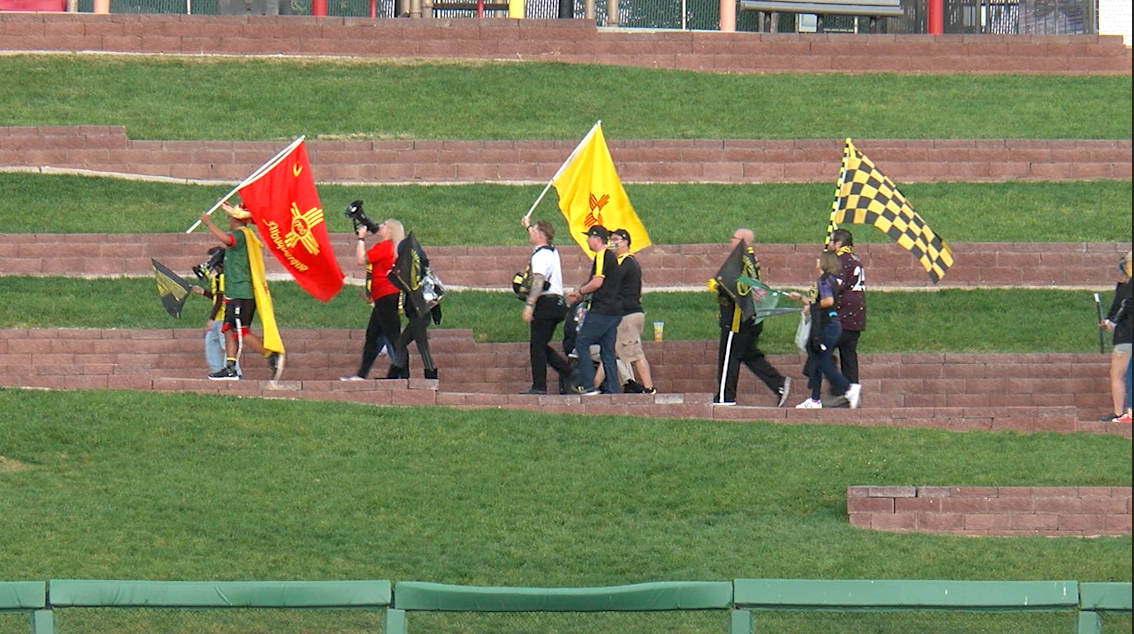 “It’s not ideal,” admitted owner Peter Trevisani. “It’s a good short-term solution, but not a long-term one.”

Tuesday is the last day Albuquerque voters can approve or cancel $ 50 million for a brand new football-specific stadium. New Mexico United has pledged to pay $ 30 million, with $ 10 million upfront.

“I think it’s a great idea,” said Tim Newell, a fan who attended the game on October 20. “This is what the city needs.

“I am absolutely in favor of the new stadium,” said Rosalie Fragoso, who also attended the match. “On the one hand, we are huge football fans. On the other hand, I think it will help the economic development of the city of Albuquerque and the surrounding area.”

Critics ask voters to ‘shut down the stadium’

The Barelas neighborhood south of downtown Albuquerque is a prime location for the proposed stadium. Critics argue it would increase the cost of homes in the area and kick out residents who have lived in the area for decades.

“The last thing we need is a stadium,” said Anna Lee DeSaulniers, a bartender who lived in the neighborhood. Because her landlord couldn’t find housing during the pandemic, she said she was forced to move out and find another place to live.

“Taking taxpayer money away from people who are in desperate need of services for an entertainment project that millionaires would benefit from is a mistake,” said DeSaulniers, who says her rent jumped $ 700 when she left Barelas.

“It’s really offensive that they are trying to build a stadium with taxpayer money,” said Bex Hampton, who runs a group called “Stop the Stadium”. “It’s a risk Peter Trevisani and his multimillionaire friends don’t want to take.”

When asked if he would consider privately financing the cost of the stadium, Trevisani said he is making a contribution in addition to the other owners of the team.

“Absolutely, it’s important that we build stadiums, I believe, as part of a public-private partnership,” Trevisani said. “Everyone is getting involved so that we can do it together.”

“For a millionaire, asking for our taxes when this money could relieve so much suffering is a slap in the face”, said DeSaulniers.

The future of El Paso?

El Paso Locomotive players must also play in a baseball stadium. The USL Championship aimed to have each football team play in a football-specific stadium by 2020, which has not happened. A USL spokesperson did not comment on the league’s initial goal before the deadline.

“MountainStar’s goals have been the same since our inception – to improve the quality of life in the Borderplex and make this region more economically competitive,” wrote Angie Olivas, spokesperson for MountainStar Sports Group. “We have commented for several years that a football-specific stadium in or near the city center would be another important step in that direction. However, our attention over the past 18-24 months has been on the pandemic, and we’re focusing right now on Locomotive’s third playoff appearance in three seasons that begins Friday, November 5 at Southwest University Park, and which will ultimately bring a championship to everyone in El Paso. ”