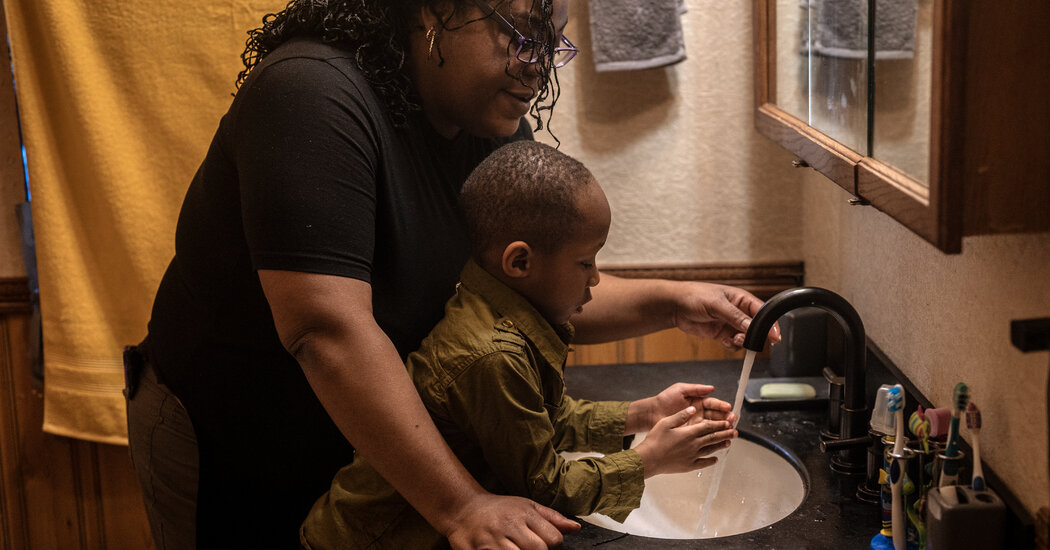 In 1786 Benjamin Franklin wrote to a friend about lead: “You will observe with concern how long useful Truth may be known and exist before it is generally received and put into practice.

Thanks to The New York Times for raising awareness about lead paint poisoning and the historic challenges of holding the insurance and real estate industries accountable.

Childhood lead poisoning is one of the few causes of social and learning problems that we know how to solve. But if no action is taken, the current rate of lead poisoning in children means that millions of children will be unnecessarily poisoned in the decades to come.

The human costs of this disease are devastating, including education and criminal justice costs and the long-term economic costs to society of lost productivity and opportunity for today’s at-risk children – tomorrow’s future.

It’s time to hold the industry accountable. And it’s time for the government to allocate sufficient funds to end a preventable disease that affects our most vulnerable citizens: our children.

Anita Weinberg
Chicago
The author is a clinical professor of law and social justice at Loyola University Chicago School of Law.

How has my family’s exposure to lead paint affected our lives? Did it lead to me being kicked out of elementary school and struggling all my life with ADD? While my wife and I had the lead pipes replaced before moving into our home 55 years ago, we both removed most of the lead paint from its interior when our two sons were babies . What effect did this have on the four of us?

What can I do about this? The obvious answer is to pressure elected officials to pass legislation that prevents insurance companies from shielding themselves from liability in lead poisoning cases and prohibits building owners and brokers real estate to sell and rent properties that have not been found to be lead free.

Thank you for bringing attention to the continuing disaster of lead poisoning. If black children’s lives really mattered, and of course they do, we as a society would be spending money to reduce lead-based paint in all homes built before 1978.

We know this is the source of most poisonings, yet we allow housing to be rented and re-rented to family after family, poisoning child after child. It would be far cheaper (and far more humane) to reduce lead than to pay the medical, educational and other costs of poisoning.

Private and public landlords and insurance companies are at fault, but the solution does not come from them but from public action. A civilized society does not allow its children to be poisoned.

Florence Wagman Roisman
Indianapolis
The author is a professor at the Robert H. McKinney School of Law at Indiana University.

Regarding “In a scathing speech, Zelensky chastises the UN for its inaction” (front page, April 6):

Russian soldiers are committing atrocities in real time, documented by eyewitnesses, satellites, videos and photos for everyone to see. Whether or not Vladimir Putin and his military commanders gave specific orders to kill civilians, they bear responsibility under the Geneva Convention.

Will the UN continue to debate toothless resolutions vetoed by Russia? Will the EU and NATO continue to denounce war crimes while supplying only “defensive” weapons to Ukraine and letting Mr. Putin’s threats set the limits of their response? Will European countries continue to express their disgust for Russia’s atrocities while funding its war with their fuel purchases?

It is a rare moment of clarification for the West, with an unambiguous distinction between democracy and autocracy, sovereignty and subjugation, humanity and genocide. Will Europe and America rise to the challenge of their time and defend their oft-stated values, or will values ​​give way to a cynical realpolitik? The world is watching.

Regarding “A change in Russia as many now rally to Putin’s side” (front page, April 2):

Your report on increasing support for the war in Ukraine and approval of Vladimir Putin among the Russian population is based on data from a Levada poll. Interpreting the data, I recalled something chess champion Garry Kasparov said in a 2010 lecture at Colgate University about Mr. Putin’s resurgence in popularity: Imagine being a Russian citizen, receiving a telephone call from an anonymous source during a period of heightened turbulence. and repression, and being asked what you think of your oppressor. How would you answer?

Polls are pretty unreliable in more open societies, so what do you expect from an authoritarian society? Don’t believe everything you read.

Free college? Was there.

Why it’s the City College of New York again! My grandmother told me never to throw away old clothes – they would come back in style, she was sure.

Philip L. Bereano
Seattle
The author is professor emeritus of technology and public policy at the University of Washington.