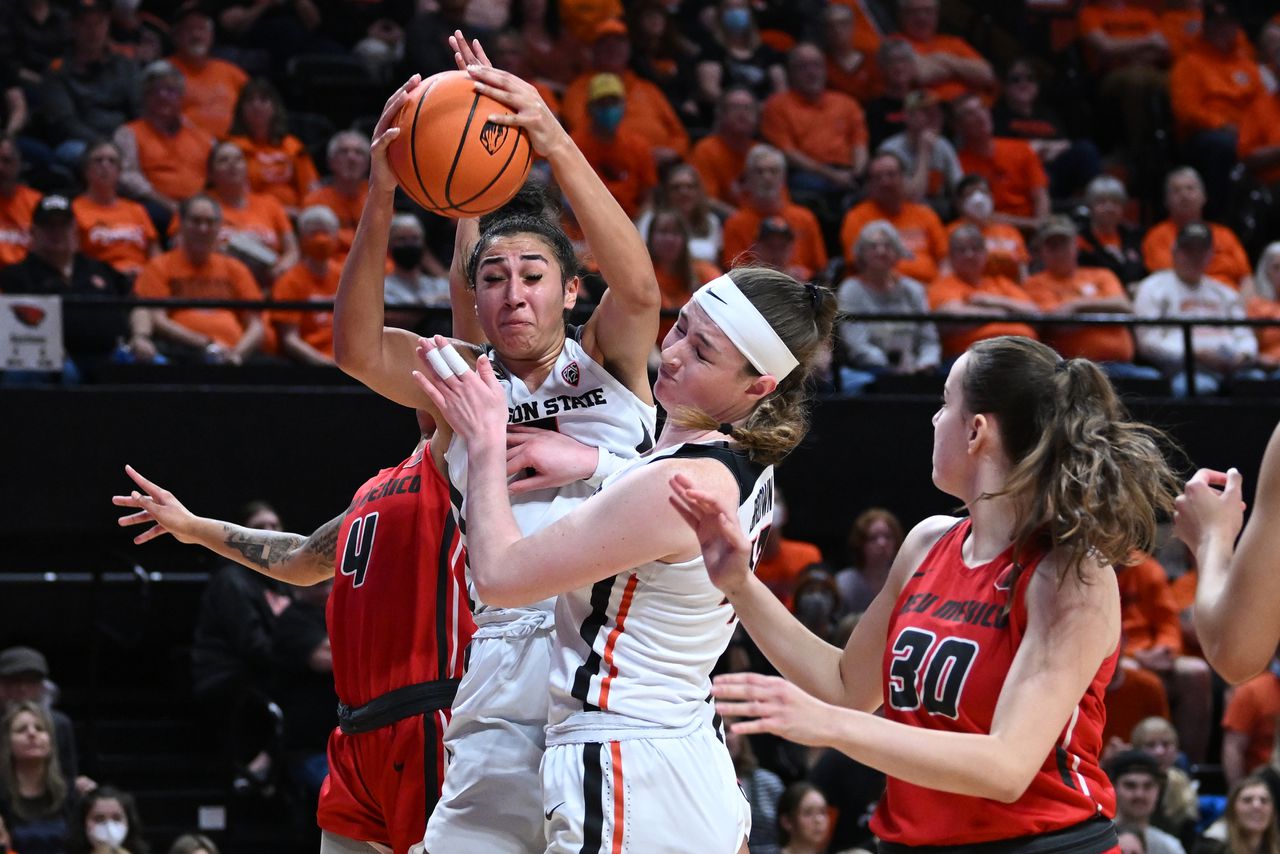 CORVALLIS — Oregon State rallied from an 18-point deficit, getting the go-ahead on a three-point play from Ellie Mack with 1:04 left, as the Beavers held off New- Mexico 78-73 Thursday night at the Women’s National Invitational. Tournament at the Gill Coliseum.

The third-round victory sends the Beavers (17-13) to the WNIT quarterfinals, where they will face UCLA, winner of the triple overtime 82-81 against Wyoming. The match will take place on Sunday at the Gill Coliseum, time to be determined.

Oregon State withstood a three-point onslaught from New Mexico, which cooled in the last three quarters and allowed the Beavers to make a comeback. The Lobos made 8 of their first 11 lines, but finished 12 of 37 from behind the arc.

Tied at 71, Mack scored on a three-point play to give OSU a 74-71 lead with 64 seconds left. Von Oelhoffen then canceled the game with four free throws in the final 15.5 seconds.

This is Oregon State’s deepest run in eight WNIT trips.

New Mexico couldn’t have put together a better first quarter. Led by Duff, the Lobos hit 8 of 12 three-pointers to stun the Beavers defense and take a 30-16 lead. Duff couldn’t be stopped, as she was 5-for-5-for-three in the first quarter.

The Lobos eventually cooled off, but were able to build their biggest lead at 40-22 midway through the second quarter. Mack was ultimately able to eliminate the Beavers, as she scored seven points in a 9-0 run at OSU, reducing the deficit to nine.

The Beavers continued their comeback in the third quarter, scoring the first four points to move closer to 44-40. New Mexico then built the lead at eight when OSU exploded with a 10-0 run to take a 53-51 lead. The Lobos led 56-53 going into the fourth quarter.

The first half of the fourth quarter was marked by swings in momentum. Oregon State scored the first eight points to take its biggest lead at 61-56. But the Lobos roared with eight of their own to regain the lead.

From there, the teams exchanged punches. Shaiquel McGruder knocked down a three to put New Mexico up 67-64. A minute later, OSU regained the lead on back-to-back baskets from von Oelhoffen.

That set the stage for the final 90 seconds, when Mack put the Beavers on top for good.