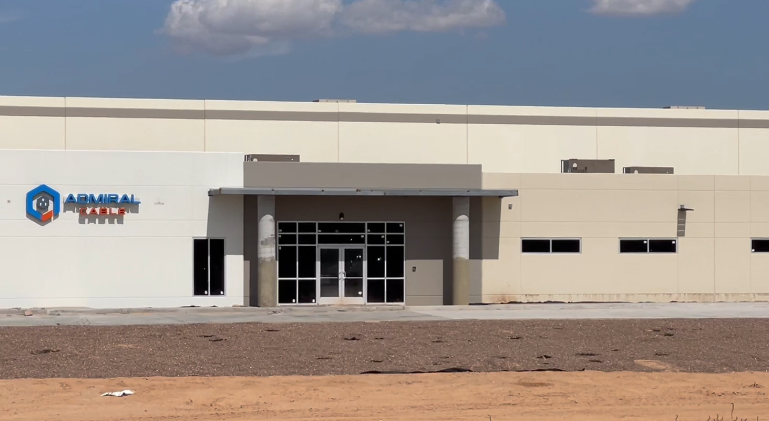 Already, the state supports 18,800 direct manufacturing jobs from companies with international connections, according to the US Department of Commerce. New Mexico also has a trade office in the capital, Taipei.

“The investments we’ve made in the border region are creating better jobs and a more diverse economy in southern New Mexico. This agreement with Taiwan allows us to continue this momentum, ”said Governor Michelle Lujan-Grisham, D-New Mexico.

Most of these jobs are in the large industrial complex of Santa Teresa.

“In the past two years, we have recruited three Taiwanese companies,” said Jerry Pacheco, president and CEO of the Border Industrial Association. “Two are about to launch operations, one arrives at the end of the year with their management team to launch this project. “

Pacheco said it was the right time for the region to court Taiwanese companies.

“Many Taiwanese companies are established in mainland China and find themselves caught in this trade war between the United States and China. They’re looking at options in North America, so we definitely want them to know what we have here in the New Mexico border area, ”he said.

Admiral Cable is building a three-unit campus in Santa Teresa. They manufacture power cables for power tools and computers as well as power strips. “They should be operational early next year,” Pacheco said.

Xxentria, another Taiwanese company, will manufacture semi-trailer walls and decorative metal cladding for buildings from Santa Teresa. Cymmetrik manufactures barcode labels, has signed a lease and is also about to start operations there.

The Bureau of Foreign Trade, the New Mexico Department of Economic Development and the Border Industrial Association are each lobbying other Taiwanese companies to come.

“We have engaged with several prospects to convince them that the New Mexico border is a great place to relocate,” said Pacheco. “We are delighted, we are very busy and happy to deepen our relationship with Taiwan.”