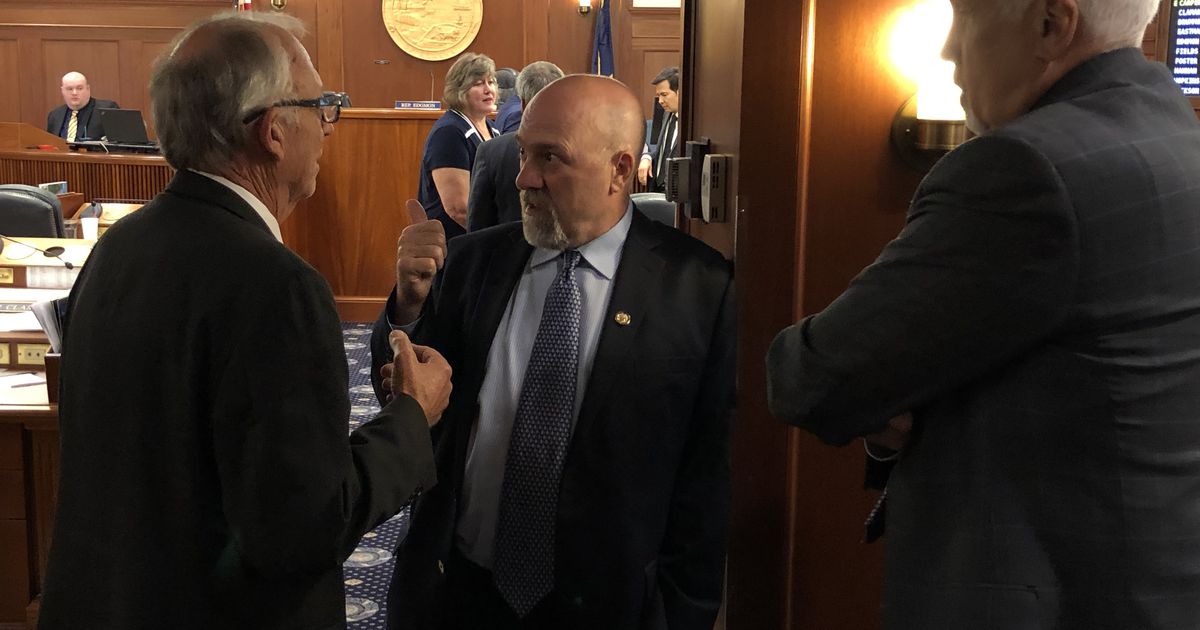 Alaskans have been talking about the need to diversify our economy for decades, but here’s a little understood fact: It has diversified. Let me explain.

In the years since the oil flow began in 1977, the vast majority of Alaska’s economy remained tied to the petroleum industry. But over the past 20 years, the gross domestic product of the non-oil private sector has more than doubled, which is great news. At its peak, oil revenues accounted for 90% of state government funding, but today that number has dropped to around 25%.

But the problem is not our economy, it is that we have not diversified our sources of income. Clearly, all the increase in economic activity does not generate more revenue for the public treasury. The bulk of tax revenue still comes from the oil industry, even though production has been declining since 1988 and the pipeline is now at a quarter of its peak. Additionally, the long-term outlook for oil falls somewhere between the status quo or declining production in a global market that appears to be moving away from its reliance on fossil fuels. The oil industry should certainly be paying its fair share, but it is unrealistic to expect it to pay for everything.

This brings us to our other main source of income, the Permanent Fund, which has grown significantly over the years in both value and income.

In 2018, a formula was enacted that limited the legislature to spending around 5% of the fund’s value, which is consistent with other endowments around the world. For the current fiscal year, it amounts to approximately $ 3.1 billion, which represents approximately 70% of the state budget.

2021 has been a banner year for investment income, but the Callen Group, which advises the Permanent Fund trustees on financial forecasts, predicts that the average return over the next 10 years will be a much more modest growth of 6.25 % per year including inflation. Let’s not forget that in 2009 the fund lost $ 6.9 billion and there was almost no PFD.

But as the Permanent Fund grows in value, oil production and oil revenues could easily continue their downward trend, and we will probably need more income to balance our budget, to maintain our infrastructure, a budget of. investment, increases in education and health care costs, pre-K and more.

Anyone who moves to Alaska, drives the roads, uses the public health care system, public safety, the court system, public schools, etc., is not paying for these services. If a software company comes here to open a server farm or if a renewable energy company builds a major facility, those companies and their employees would actually cost the state money.

To truly modernize our economy, we need a way to generate income from all parts of the economy, including our many non-resident workers. A small and simple income tax will allow Alaska to align with its own growing economy. It would also allow us to tax all corporations, not just C corporations, which is our current law.

When Hilcorp, an S-Corp, bought BP’s assets on the North Slope, all of BP’s corporate taxes paid to the state were gone, about $ 30 million a year. The owner of Hilcorp pays state income taxes on his profits in New Mexico and Ohio, but not in Alaska. An income tax would change that.

Maybe it’s time to revisit the 1980 decision to end our state income tax, so common in other states. Residents, non-residents and profitable businesses would contribute a modest amount each year to help keep Alaska a good place to live and raise a family. Our economy needs stability and predictability.

Some might say that now is not the time for an income tax, since oil prices are on the rise and the stock market has been doing very well recently, but things are changing very quickly – “L winter is approaching. “

Speaking of winter, this is usually when many Alaskans plug in their cars. But that is also changing. On the one hand, it’s warmer, so we plug in less often, and two, more of us plug in our cars all year round to charge them. For a while last year, Tesla was worth more than ExxonMobil, Chevron, Shell and BP combined.

Representative Adam Laine represents District 5 (West Fairbanks) in the Alaska House of Representatives. He was first elected in 2014.

The views expressed here are those of the author and are not necessarily endorsed by Anchorage Daily News, which welcomes a wide range of views. To submit an article for review, send an email comment (at) adn.com. Send submissions under 200 words to [email protected] Where click here to submit via any web browser. Read our full guidelines for letters and comments here.